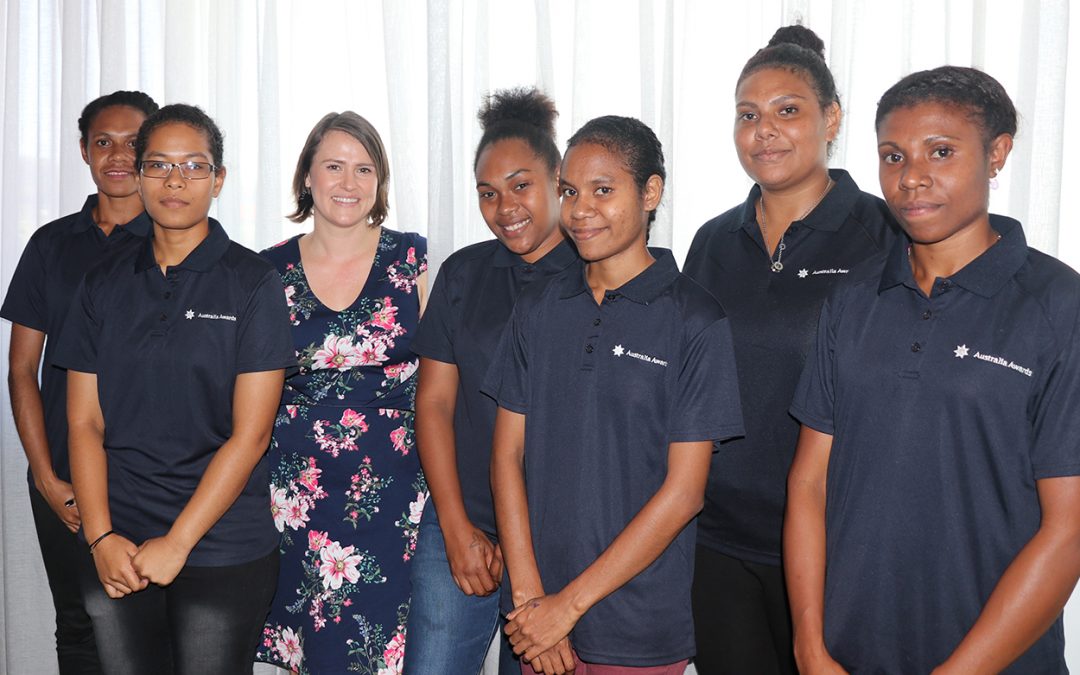 The Australia Awards Maritime Scholarships recently announced its third cohort of awardees since its launch in 2018.

Since 2018, 26 PNG women have been awarded the Maritime Scholarship.

The scholarships involve academic study at PNG Maritime College in Madang and Seatime & Training supported by private sector partners Steamships-Pacific Towing and The China Navigation Company, a member of the Swire group.

The emphasis is on equipping participants with the academic and practical skills to forge a maritime career and contribute to positive cultural change in the sector.

Twenty-seven-year-old mother of three Katrina Komboi, who is one of the six selected scholars, said encouraging more women to be part of this sector was an important step.

‘Women can contribute to the maritime sector on so many levels and having a diverse working group creates avenues for both male and female colleagues to learn to respect each other and work together as a team,’ Katrina said.

The six awardees have commenced the first phase of their studies at the PNG Maritime College in February 2020, with sea time due to commence later in the year.

Pacific Towing’s General Manager, Neil Papenfus, congratulated the six scholars and encouraged them to make the most of the training  opportunities ahead.

‘The  international sea time on China Navigation Company vessels in particular  will equip them for a rewarding maritime career and bring diverse experiences to the sector.  At Pacific Towing we believe it’s important to support the economic empowerment of PNG women through the Australia Awards Maritime Scholarship program but we’re also very much aware of the considerable contributions these women will make to our business,’ Mr Papenfus said.

Australia Awards Maritime Scholarships are funded by the Australian Government in partnership with a consortium of Steamships – Pacific Towing and China Navigation Company.  The scholarships contribute to workforce development and gender equality in the transport and maritime sector.