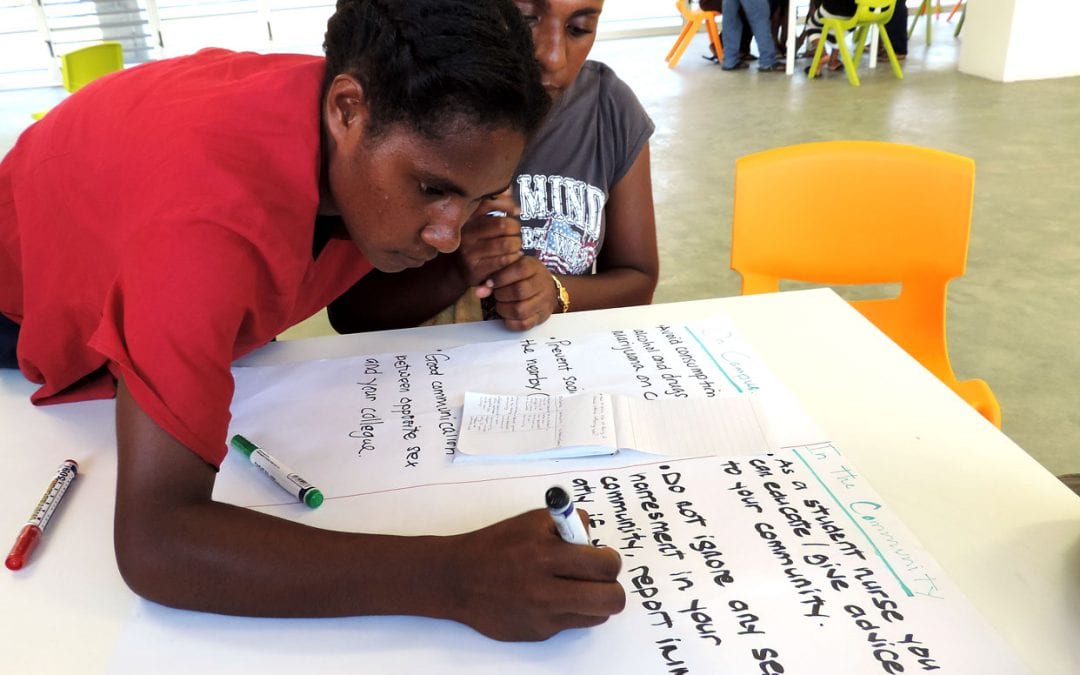 Australia Awards In-PNG Scholarships has launched an orientation program to give awardees a head-start to study success.

These scholarships provide training in priority areas identified by the Australian and PNG Governments, delivered through selected partner institutions in Papua New Guinea.

“We want to improve how we prepare awardees for study so they may face their challenges better-equipped,” said In-PNG Scholarships manager, Simon Kaldy. “Many of our awardees are mature-age students who have not studied for a while, and so we should acknowledge their specific needs. But for our younger awardees, being far away from family for the first time can also be challenging.

“The solution was to design one-day workshops delivered on-campus, and for that we are fortunate to have two talented Australia Awards Scholarships alumni on our team. These in-house experts have been instrumental in designing this improved experience for our In-PNG awardees.”

He said the new program is more extensive and better targeted towards the potential barriers to study success. It focuses on fundamental skills in goal setting, planning, academic preparation and teamwork. It also contains a component dedicated to the prevention of family and sexual violence.

Ian Lapu who studied community development at South Bank TAFE in Brisbane, Australia and Richard Favave who studied education at the University of Canberra in Australia were instrumental in the redesigned program. “The results so far have been fantastic,” said Ian. “The feedback we have received shows that awardees are starting their study with a positive attitude and confidence that will help them manage the stress of study.”

One awardee who has just begun his course at Enga College of Nursing wrote: “It was a wonderful orientation held here at Enga, with very educational and clear information about scholarships and the challenges of tertiary study which will be useful to me in my future life here.

“I am very happy and thankful, and the orientation was most appreciated.”