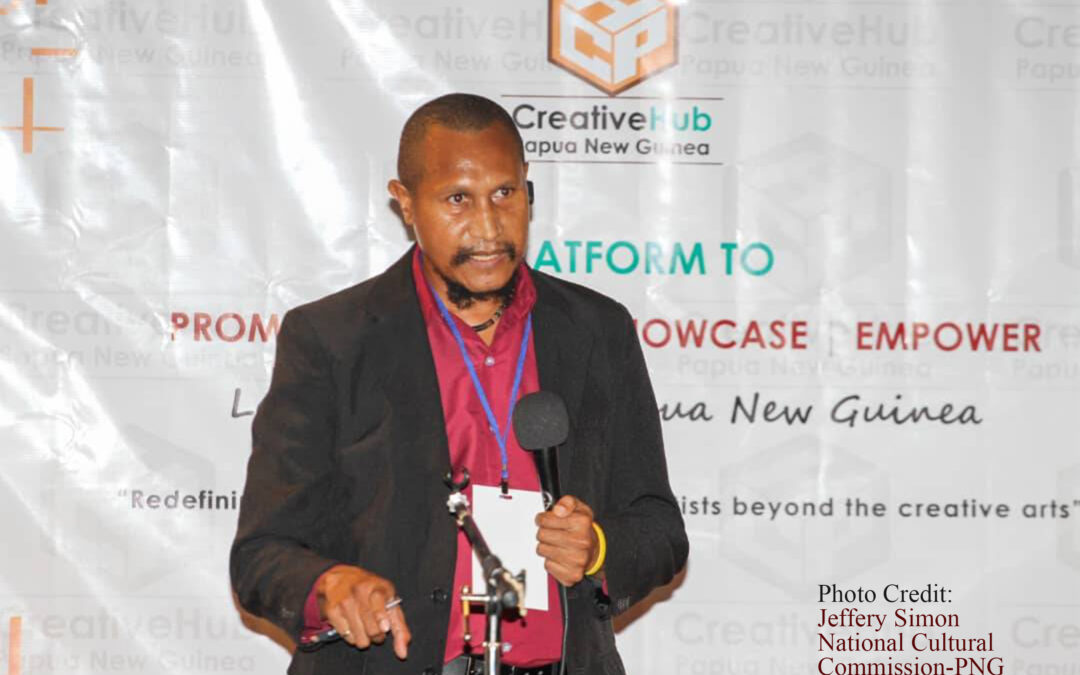 A lecturer for arts and design at the University of Papua New Guinea (UPNG), Dr. Philemon Yalamu, published four journals while studying and established a virtual creative hub after being conferred a PhD in Computer Science and Software Engineering through Australia Awards PNG. He then created a website and blog, to share tutorials and articles.

Following his qualification, he became the strand leader for creative arts at the university.

Philemon had taught over 500 undergraduate students. “I believe they are out there contributing to nation building,” he says.

The 40-year-old is a husband and father of four sons and comes from Bukawa Village in Morobe and Umun Village in Madang. He grew up in Madang where he did his primary and secondary education. His parents were primary school teachers and were “the only motivators and sources of inspiration,” for him in this rural setting he says. 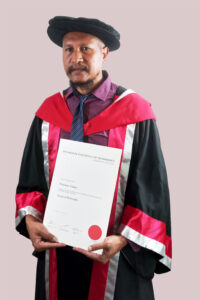 Philemon graduated with a Bachelor of Arts in 2004 at UPNG and became a graduate assistant with the department of public relations before tutoring graphic design at the university from 2005 to 2008. He then obtained a Master of Multimedia in 2010 from the Swinburne University of Technology in Melbourne through an Australia Awards PNG scholarship and was promoted from lecturer to the head of department for arts and design.

Philemon initiated a project called the APEC Digital Opportunity Centre, aiming to bridge the digital divide. Within two years, the project helped over 5,000 men, women, and children gain free basic knowledge in computing, with the support of the Taiwan Trade Mission and the University of Papua New Guinea.

In 2016, he decided to further his studies when he realized that his division needed someone with a PhD to lead changes to the creative arts program. He obtained his PhD through Australia Awards PNG in 2020. Philemon says he had never written or published any academic work nor done any in-depth research before studying a PhD and saw this as a very big challenge.”I believe those who assessed my PhD proposal and interviewed me before awarding the scholarships saw beyond my weakness, and I am thankful for them,” he says.

Philemon pursued various interests in Australia such as flying lessons, and created networks with his peers which led him to organize a group of artists from UK and Australia to visit UPNG and collaborate with staff and students in a mini arts festival.

He also established connections with organisers of TOM Melbourne, a tec-innovative organization specializing in developing assistive technologies for people with disabilities. Philemon asked to replicate this technology in PNG and the organization has offered to provide mentoring sessions to make this happen.

“It is not an easy journey. However, it is possible if you set your mind to it, and you must also establish your priorities early on in your journey. A PhD journey should be seen as a commitment that requires perseverance and follow-through,” says Philemon.