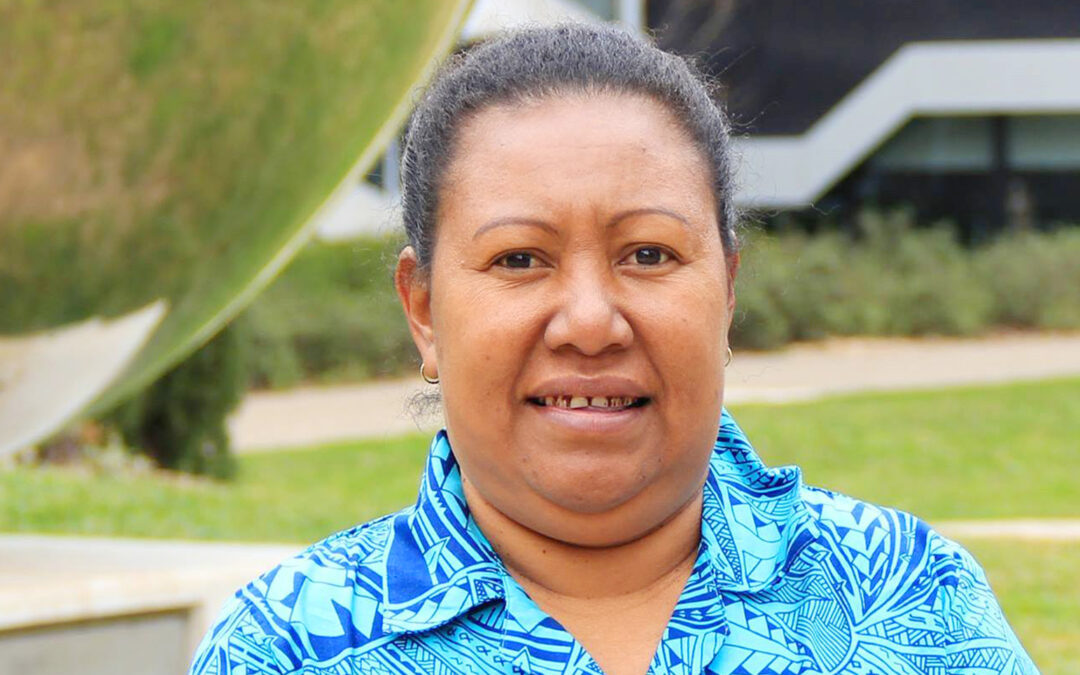 Climate change is one of the most pressing issues facing our world today, and Australia Awards PNG alumna Lydia Nenai has spent ten years improving how PNGtackles this threat. Originally from Rigo District in Central Province, Lydia’s interest in climate change started when she joined UNDP in 2012. She saw first-hand the challengesof identifying different climate change impacts and solutions for different communities and regions. She applied for an Australia Award on impulse when she was working with the PNG Climate Change Authority, with the full support of her employer.

“The Australia Awards is a prestigious program, and when the opportunity arises, some level of persistence is required, but you also have to be strategic to be successful,” Lydia notes of her successful application. Lydia was successful in her second application, and in 2017, she completed a Master of Climate Change at Australia National University (ANU). During her studies, she was particularly inspired by the connections she made with people in her field. “The ANU is a highly regarded and prestigious university in the Asia-Pacific Region and it was a privilege to have studied in this institution. Being lectured by authors that contribute to the Intergovernmental Panel on Climate Change (a United Nations organisation that aims to improve global knowledge of climate change) Reports was both enriching and inspiring. These people really make you feel empowered,” she said. Lydia was also accepted into the Australia Awards Women Leading and Influencing initiative (WLI), which offers additional support to future women leaders, through networking and training. Through the initiative, she was connected with an Australian mentor with significant experience in the field, helping to build Lydia’s own knowledge. She now helps women in local communities to help them change their livelihoods and become more resilient to the impacts of climate change. Since returning to PNG, Lydia continued to work on adaptation projects with the PNG Climate Change and Development Authority and then REDD+ development, before transitioning to work as a consultant for the Australia Pacific Climate Alumni Network, a professional development network under the Australian Climate Partnership. She is also a facilitator for the PNG Australia Awards Alumni Environment and Climate Change Community of Practice. Long term, she wants to support PNG access climate finance so that initiatives to improve climate resilience can be introduced all over the country. The connections Lydia made through her studies have continued to benefit her in PNG, and she sees them as one of the most significant benefits of Australia Awards: “Building networks with other alumni and staying connected to former lecturers at ANU has been very useful, also to the work that I do for the Australia Pacific Climate Alumni Network. They have greatly supported me with their expertise to deliver skills training and knowledge sharing to a variety of audiences not only in PNG, but also around the Pacific”.