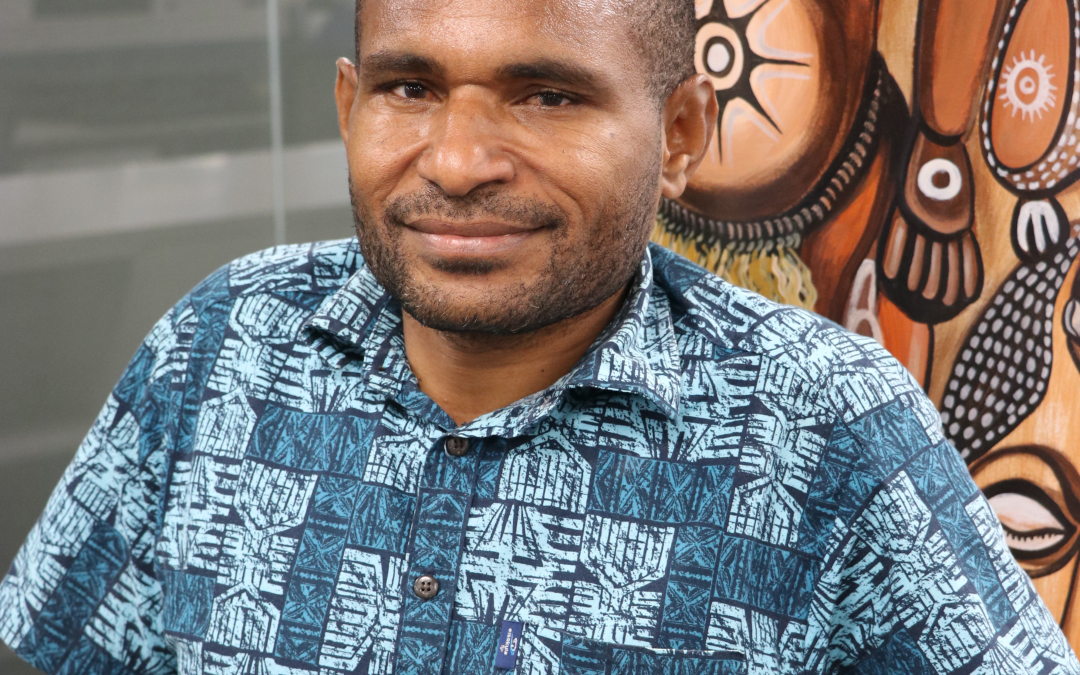 Returning to Apenda village in remote Southern Highlands Province after studying a Bachelor of Business in Australia, Benjamin Pangio observed that despite the infrastructure development in the village, obtaining basic services was still a 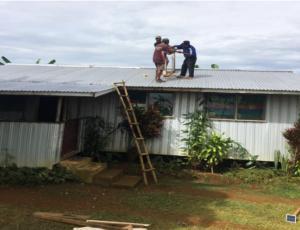 challenge for their community of 7,000 people. The challenge is even greater for villagers like him, who live with a disability.

Benjamin lost complete function of his right leg at the age of six after seeking medical treatment for a festering sore at a village aid post in Apenda. The aid post could not help him and since then, he has used crutches to assist with mobility. Benjamin would later watch his mother fight for her life during childbirth, losing her baby in the process. Driven by these tragic events, Benjamin began formulating a plan to improve the village aid post services.

He noticed that without electricity, the three village aid posts could not open their doors to emergency care at night. To solve this problem, Benjamin applied for an Australia Awards PNG alumni grant to fund the supply and installation of six pre-set solar panels for the three aid posts and their staff houses. Benjamin knew that using solar panels was the most convenient, sustainable and economic solution for a place as remote as Apenda. He reflected on his thought process:

“I took a sustainable development course on renewable energy. In the process of learning, I learnt that the start of things is expensive, but in the long run it’s cheap and the maintenance cost is low.”

Benjamin’s grant was approved and in December 2021, he brought together twenty-one villagers to carry out the project. This group included eight women and three persons living with disabilities. The group worked

tirelessly over six days to assemble, install the solar power panels and wire the six buildings with power outlets and light switches. They completed the installation successfully and lit up the buildings on day six.

Benjamin received an incredibly positive response from his community and there was much celebration. He recalled the first night with power saying, “With the light, it brightened a large area. My mother organized a women’s fellowship. We had a jug boiling instead of a fire for tea. Mi tu mi krai na hamamas. (I cried happy tears). It was a small action but very important for the village.”

To this day, Benjamin is personally responsible for overseeing the maintenance of the solar power infrastructure. He has plans to bring in other services such as timber milling into Apenda. Benjamin speaks of his vision saying, “As a person with disability, I want to challenge the able bodied in a good way. In this day we all aim for change. We are not looking at big or small change. Just as long as it transforms the livelihood of the people – that’s what’s important.”