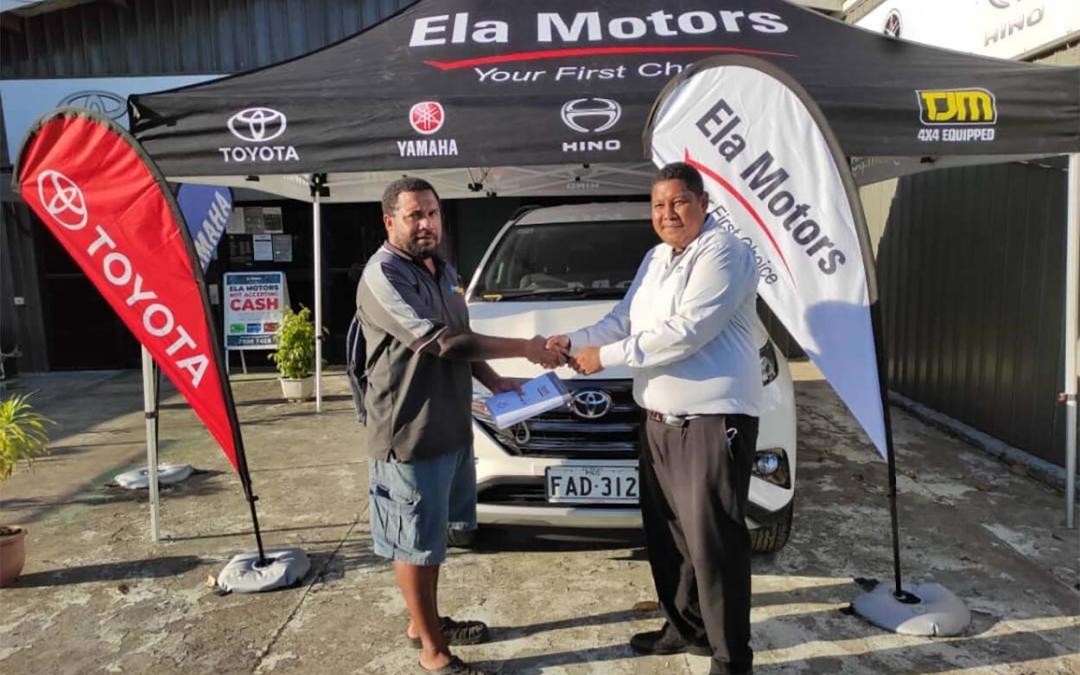 Australia Awards PNG Short Course participant Noah Taugaloidi (pictured above, left) is celebrating success with his entire community. As chairman and founder of an agricultural cooperative in Milne Bay Province, winning PNG SME Business of the Year is evidence of Noah’s passion to share his entrepreneurial knowledge and social enterprise skills in rural areas.

Noah says that completing a Certificate IV in Entrepreneurship and New Venture Creation through Australia Awards PNG helped him to “refocus, realign and re-assess” the intent of the cooperative. Promoting organic agriculture and inland fish farming, the cooperative encourages self-reliance and prosperity in rural communities where Noah believes the Government’s focus on SMEs should also be encouraged. As part of his course, Noah also set up a management company called Bou Resource Development Society, solely focused on managing the cooperative society.

“The PNG SME business of the Year Award is reflective of our contributions to communities here,” says Noah. “The recognition of the award is reflective of the input that the Australia Awards has contributed to our development and growth here. It’s a massive social footprint that the Australia Awards has, and the PNG SME Awards recognition is a reflection of that contribution.” 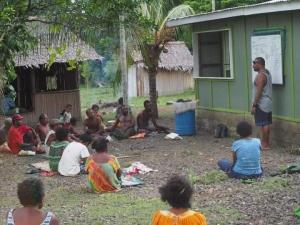 Noah (standing) and the cooperative society

“The Certificate IV has contributed immensely towards our program (Bou Resource Development Society). I have a clear vision now as to where I want to take this cooperative society. Not only this but the other cooperatives are now coming to me and my certification through the Australia Awards program has allowed me to be part of the inaugural provincial cooperative association which I now sit on as Chairman of the Board. So we are currently representing over 170 different cooperatives in Milne Bay province.”

The award prize was a Toyota Rush from Ela Motors which Noah says is allowing the cooperative to achieve a great deal more work in a shorter space of time given the amount of travel required. Previously Noah had to spend a considerable amount of money to get into town to complete administrative tasks. “For the past two weeks we have done a month’s work in less than two weeks.”

Noah’s advice for budding entrepreneur’s is simple: “Start. Don’t wait for the party to turn up for you to start. If you have a plan, a vision, if you have the urge to do it, start.”