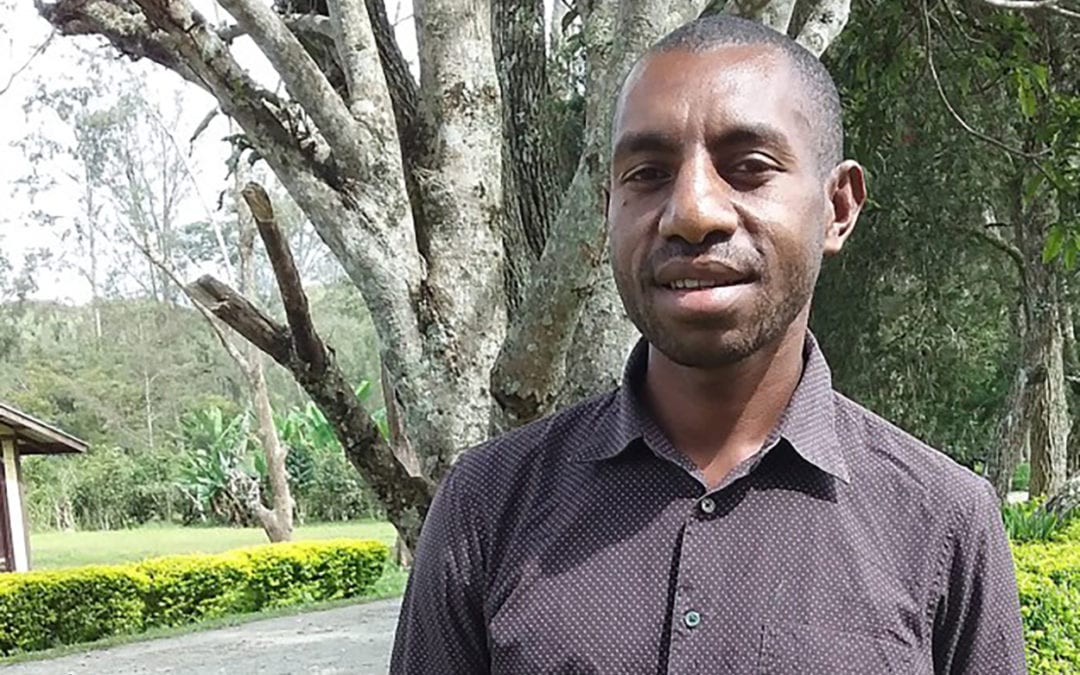 Persistence, drive and passion can take you places, even if you begin in the most remote places in Papua New Guinea.

Bill Wain from the small village of Murip in the Mul Baiyer District outside of Mt Hagen was born to subsistence farming parents and could have been expected to follow in their footprints.

But Bill really wanted to be a teacher.

“Both my parents are farmers, who instinctively knew the value of being educated. They had high expectations for me and worked hard to keep me in school,” says Bill. “In 2015, after I finished school, I applied to the University of Goroka. But I didn’t get an offer.

“I had good grades and had been certain about my future, but I was completely devastated when my application was refused.

“My parents were also disappointed. I knew I had to go back to school because giving up was not an option for me,” he adds.

Bill turned to gardening and selling produce as a means of raising funds to return to school, so he could increase his chances of being accepted into a university.

“I didn’t give up. While I was doing my gardening, I was also applying for jobs as well – anything to make ends meet,” he said. “I had to remain hopeful. I kept telling myself that no one was going to pave a way forward for me, only I could do that.”

After a three-year wait , Bill received unexpected news through an old school friend who had been contacted by the Australia Awards In-PNG Scholarships program. He had been accepted into the Melanesian Nazarene Teachers College in Jiwaka with a scholarship to study a Certificate in Elementary Teaching.

“I was in complete disbelief. I hadn’t expected it and I ran all the way home to break the news to my parents. I was completely lost for words,” he said.

“Not many families in my community have made it this far in their education. That is what motivates me to press on and keep striving for the best.

Now in his first year of study, Bill hopes to be teaching in his local region as soon as possible.

“Education opens many opportunities for you – something I want to teach my future students. If I can do it, they can too.”