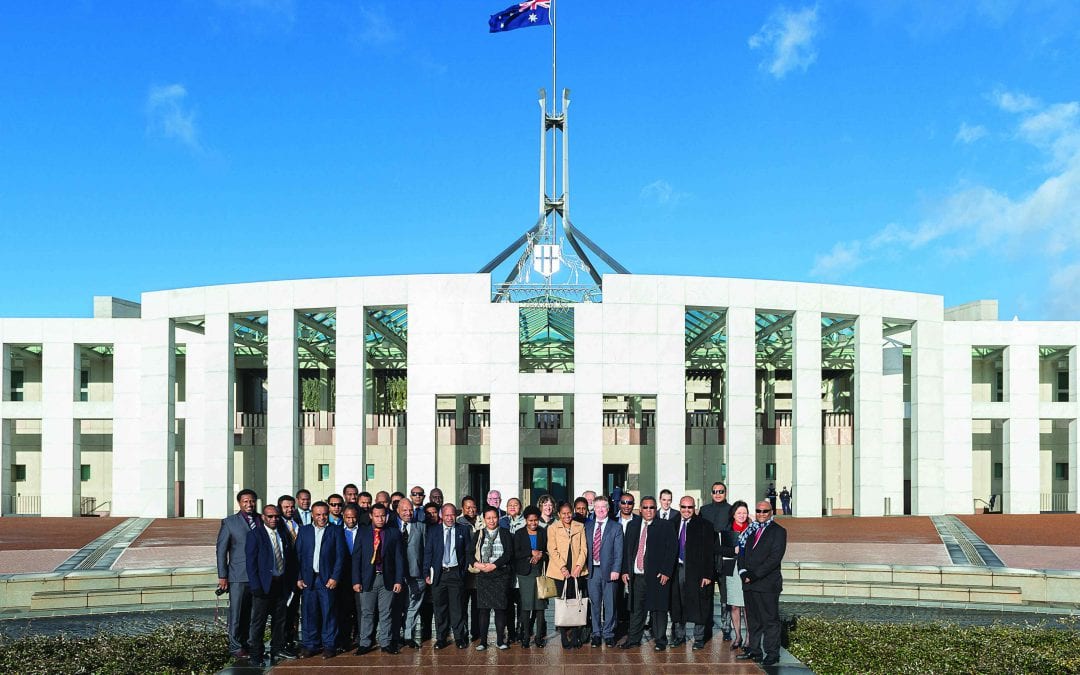 To be a host nation for the Asia-Pacific Economic Cooperation (APEC) forum you need experts in international trade and relations, and 53 Australia Awards Fellows from the APEC Secretariat and key Papua New Guinea Government departments are set to be vital assets to their country over the next year

Now, back in Papua New Guinea, they have been attending a two-day graduation workshop in Port Moresby this week where they have been reflecting on the six months spent studying in Australia and preparing for their important roles next year when Papua New Guinea plays host to APEC meetings and serves as the APEC Chair, as well as hosting the 30th annual Economic Leaders’ Meeting.

The group of prominent Fellows will have a major impact on Papua New Guinea’s APEC capacity and, among other duties, will lead talks and manage effective ministerial or senior official meetings. The fellowships provided an opportunity to hone their understanding of international trade and relations, as well as associated laws and regulations, agreements, negotiations, protocols, economic principles and more.

At the workshop, the group have been refining their strategic plans for high-level involvement in APEC 2018 under the guidance of academics and practitioners from the University of Adelaide and Australia Awards – PNG.

The Prime Minister of Papua New Guinea, the Hon Peter O’Neill CMG MP, attended a graduation dinner for the group on Tuesday where he commended the Papua New Guinean and Australian partnership in education, saying: “We appreciate the support that they extend to many of the tertiary education of our children, particularly in Australia.

“When our young Papua New Guineans travel and work in other countries and other cultures, they appreciate what’s happening around them, and when they come back home they are a contributor to the change that is happening around the country. That is what we want to achieve. And the 2018 APEC meeting is no different,” he said.

“What I want to share with the young graduates today is this. Make no mistake that this will be one of the successful and memorable APEC meetings any member economy has ever held.”

Australian High Commissioner to Papua New Guinea, HE Bruce Davis, was also at the event to congratulate the graduates, telling them: “As I look upon this group of distinguished Fellows before me, I see a collective resource for Papua New Guinea that is of the highest calibre.”

“It is clear that you are each part of an influential group of Papua New Guinean public servants with skills that are particularly relevant to your country and its needs.” he added.

Both graduate certificate courses attracted great interest and high demand, with a talented and influential intake of Papua New Guinean public servants attending. The Fellows all passed with high levels of achievement and their studies were enriched with several governmental and parliamentary field visits.

Earlier, the two cohorts gathered in Canberra for a July networking event and high-level meeting with DFAT officials to conduct an inter-departmental meeting and an APEC simulation exercise.