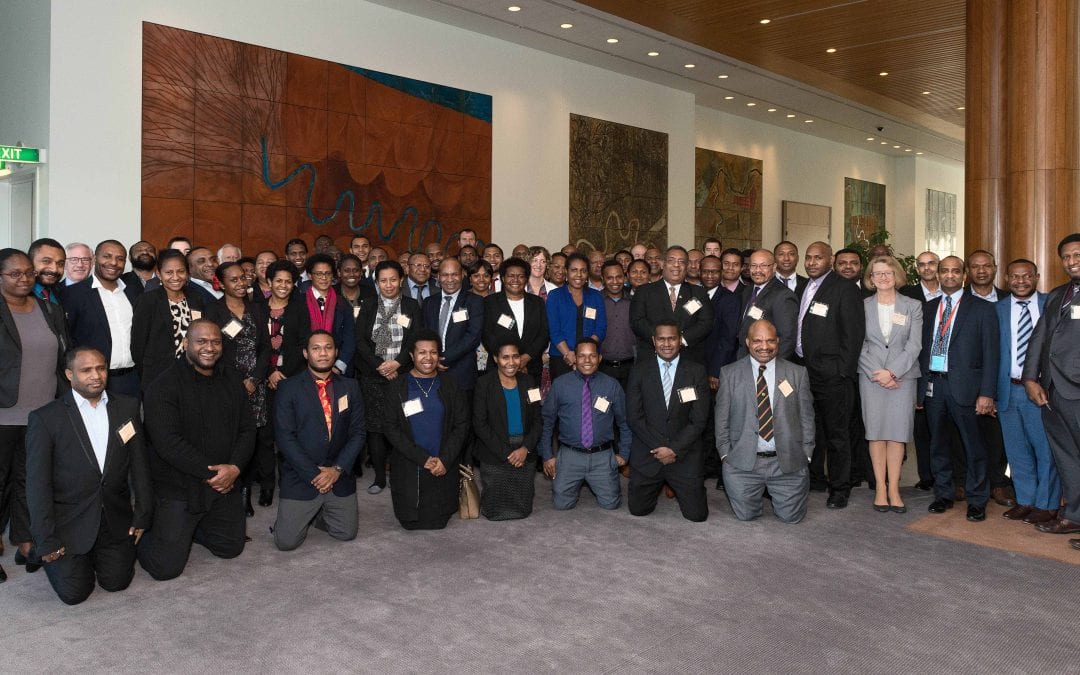 In 2017 through Australia Awards APEC Fellowship, Louisa completed a Graduate Certificate in International Trade and Development at Adelaide University. The course was one of two designed capacity building programs with direct
APEC-focus.

“The 2018 APEC Summit will lead to many great advantages for Papua New Guinea. Government officials working on APEC are making sure to not forget the people, their interests, and their welfare concerns.”

The IPA through its Intellectual Property Office is the lead agency dealing with intellectual property discussions within the APEC structure. “When Papua New Guinea raised its hand to host APEC; a policy committee was established to formulate policy agendas and priorities for 2018. This committee consisted mostly of government agencies that participate in the APEC process,” says Louisa.

The course came at a time when Louisa’s office was managing policy matters relating to APEC. “APEC is a policy creature driven by trade and investment focus,” she continues.

Louisa believes the fellowship gave participants the capacity to understand trade issues and prepare for a year of activities that would seal Papua New Guinea’s influence within the Asia Pacific Region.

“From the outset, the course brought together, young Papua New Guinean officials from different government roles who were equally passionate to gain knowledge in the area of trade with the intent to contributing to their sectors, organisations or more so the development priorities of PNG,” explains Louisa. “We came from different sectors, and the environment gave us a chance to interact and learn from each other as well as discuss APEC issues that were necessary for policy focus.”

For Louisa, one of the most significant outcomes of the course were the connections – making those connections & building a network of Papua New Guinean expertise. It forged networks, created the necessary relationships and established that environment to synergise and work together towards one common focus. Bringing like-minded Papua New Guineans who are passionate about development issues in the international trade space was a strategic approach,” she explains.

Looking to the Future

“The 2018 APEC Summit will lead to many great long-term advantages for Papua New Guinea. Government officials working on APEC matters are making sure to have that appropriate development focus in sight. I am grateful to Australia Awards and the PNG APEC Secretariat for the experience.”

After APEC concludes, she would like to complete a master’s in international trade. The graduate certificate provided her with the opportunity to sufficiently value the importance of trade to a country’s economic and social development