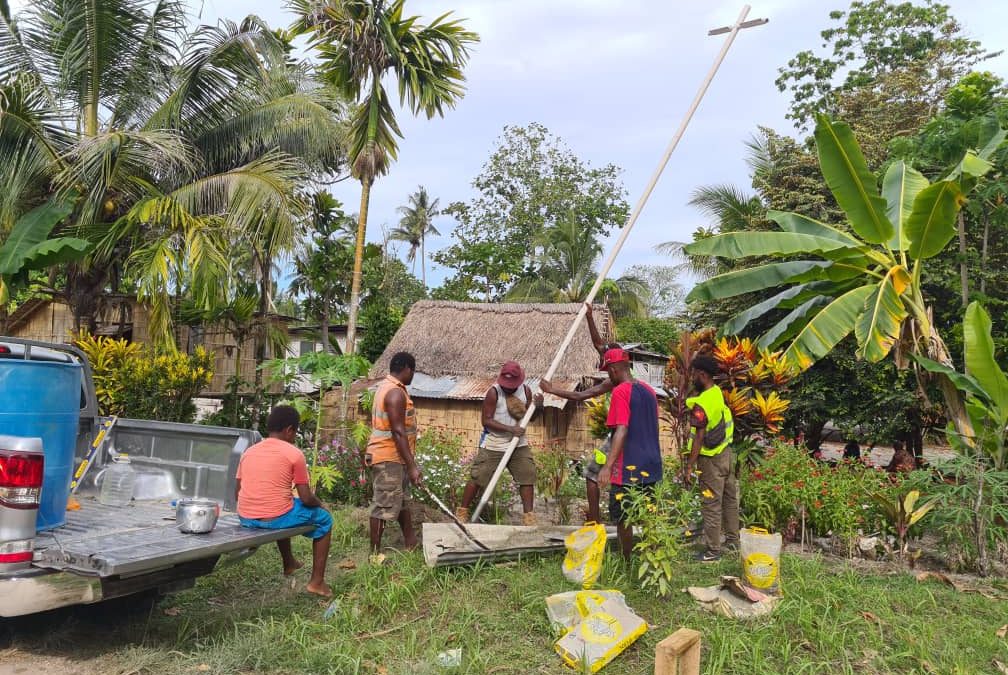 The villages along Ward 7 in Matalai, Namatanai District of New Ireland province were hotspots for vehicle theft and vandalism. Youth under the influence of alcohol and drugs hung around the roadside and occasionally harassed the public.

Iola Tamtu, an Australia Awards PNG alumni from Matalai, observed that most criminal activities occurred at night when perpetrators used the cover of darkness for their unwarranted activities. 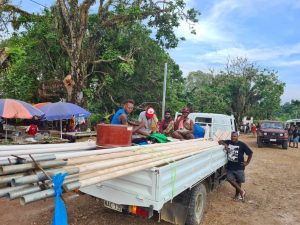 Team in Kavieng who set up the solar street lights

Iola reports a decrease in harassment and vandalism since. Vehicle owners now commute after sunset with less anxiety about their safety.  Pedestrians are seen walking the roads at night and the community is happy to have solar lights.