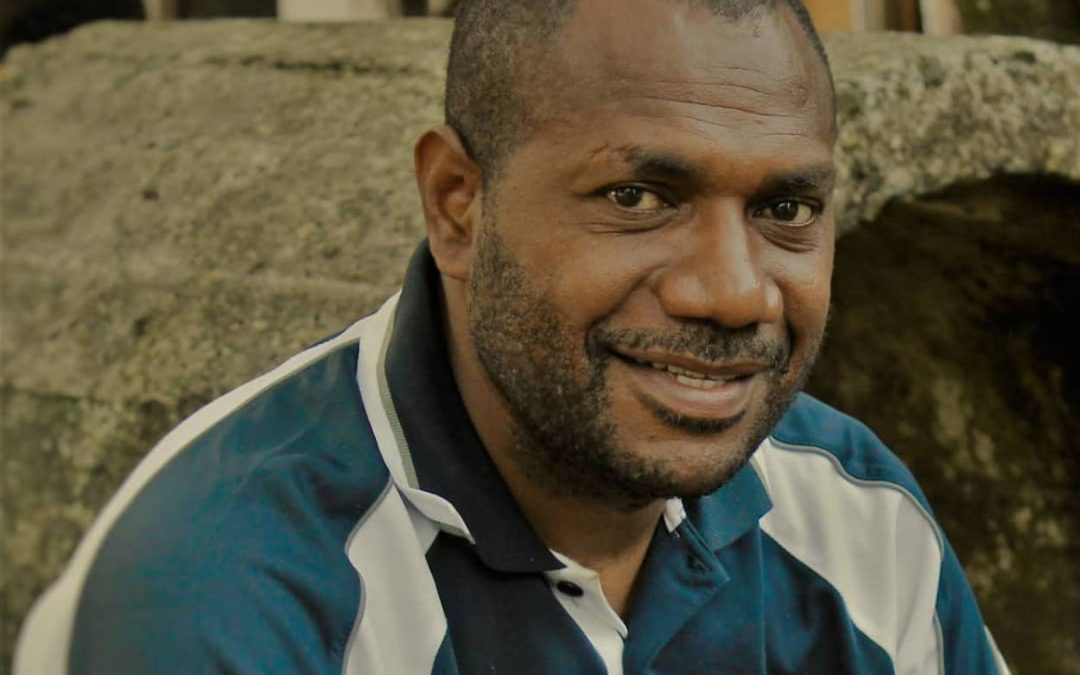 Australia Awards scholar Melkie Anton (pictured above) is a male advocate working to end violence against women – a shared challenge for Papua New Guinea and Australia.

This work is as important as ever, with reports that restrictions and pressures associated with the COVID-19 pandemic are in some cases exacerbating family violence.

Melkie, who is undertaking a Master of Development Studies at the University of Melbourne, says his motivations for becoming a male advocate started at a young age.

Here, Melkie shares his story – and explains why ending violence against women and girls is everybody’s business.

My mother was my motivation to become a male advocate. From an early age, I saw first-hand what it means to be a single mother to two little boys. My mother took on the role of being a father and mother at the same time. I could sense the struggle she endured to ensure we received the best of what’s left, after my father left with another woman.

She didn’t complain or allow her past to rob her of charting a new way of life for us. I saw her bravery, intelligence and leadership in taking control of the household and looking after not only us, but her younger brothers and sisters as well. My mother had come out of an abusive relationship and endured hardship to make ends meet for both of us.

Unfortunately, the challenges became too great and she reluctantly had to give me up to my current loving parents to adopt as an infant. Throughout my childhood and adolescent years, I noticed more and more how violence affected my family and those around me.

It evoked a desire in me that was there from the very beginning. I knew violence was wrong and I wanted to do something about it.

I have forgiven my father and realise my experiences growing up have helped me focus on the task of male advocacy and speaking out against gender-based violence.

Deep down, I realised that no one, including women and girls, should be violated in any way.

Unfortunately, this has been a familiar story for many women and girls across Papua New Guinea, who continue to experience various forms of violence, mostly at the hands of male perpetrators.

Since then, I was looking for that moment or opportunity to take more action in preventing it and in 2009, I was selected to attend the first male advocacy training in Papua New Guinea, organised by the Family Sexual Violence Action Committee and delivered by the Fiji Women’s Crisis Centre.

The training helped me to change my attitudes and behaviour, and model this in my personal relationship with my partner and family at home.

I set myself the task of promoting a lifestyle of equality and respect in my personal, professional and community life.

I incorporated the knowledge I gained into my work on a peer education project at the University of Papua New Guinea.

It was in this project I finally ‘took action’ against violence against women by initiating peer-led education and awareness programs targeting family violence.

Working as a male advocate since then has challenged me to continually reflect on my own violence against women – in terms of my biases, stereotypes, privileges and entitlements – because that’s where it really matters. Violence isn’t only physical; it can take other forms, such as controlling behaviours like intimidation, threats and isolation. 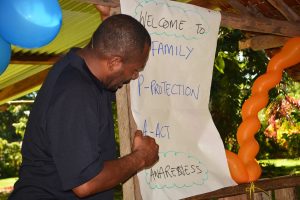 In 2019, I commenced my Australia Awards Scholarship to build my professional capacity to prevent violence against women.

My scholarship is enabling me to build evidence-based results around the implemented by the Pacific Women’s Network Against Violence Against Women, and advocate its use as a primary prevention tool.

This male advocacy model creates positive pathways to engage men to be male advocates for gender equality and women’s rights in their personal, professional and community lives across the region.

On the recommendation of the Pacific Network Against Violence Against Women, I recently spoke on a panel on “Working with men and boys to end violence against women”, which was part of the Australasian AID Conference 2020.

I also took part in the  Australia Awards Workshop Together Towards Gender Equality and Disability Inclusion supported by the PNGAusPartnership.

Through these events, I engaged with world-class experts to build my knowledge on evidence-based programming – critical to securing funding and advancing the work on ending violence against women across the world.

Both events have renewed my resolve to keep fighting the good fight and reaffirmed my commitment to do so within a global framework using local action.

My vision for the future has not changed since I first wanted to take action against violence against women as a child – it started with me; it starts with every male child.

It is a future where violence against women is prevented from the start.