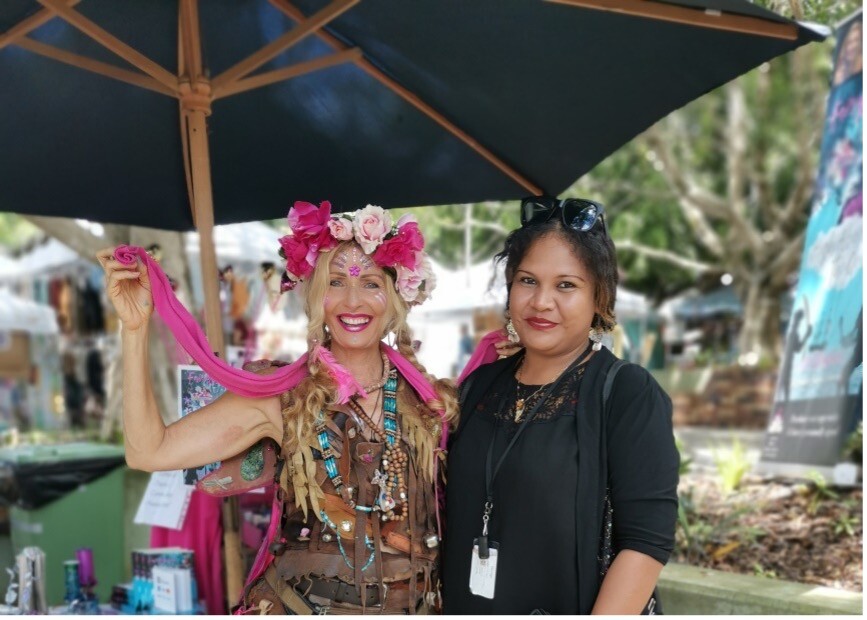 Esther Sione is creative and passionate about jewellery, but the main driver behind her business is to support local artisans. Te’hine Trend integrates jewellery, craft and fashion pieces from local artisans to create contemporary styles and is sold online throughout Papua New Guinea. 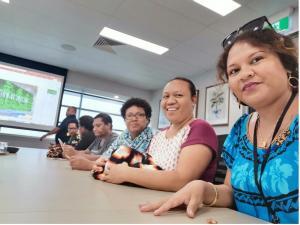 “As sales grew, I realised that customers in other provinces were also interested in culture-based pieces from other provinces but were unable to purchase online as local artisans were unfamiliar with the use of the internet,” Esther said.

This prompted her to pursue her second aim to advertise and deliver domestically to other provinces and internationally.”

Esther’s desire to expand her business and help her community inspired her to undertake a Certificate IV in Entrepreneurship and New Venture Creation through the Australia Awards short courses.

“I had to teach other women who didn’t have jobs to have an entrepreneurial mindset and buy from local artisans and resell online. I developed more confidence while studying in Australia, observing the businesses and markets there, developing new skills and ideas. She added that her choice did not disappoint her, “I collected a lot of experiences through our visits to different successful Australian businesses and companies which I am very proud to give as examples when training other women.

Reflecting back to her time in Noosa, Sunshine Coast, Esther said, “It was fascinating to learn how much this Australian region’s economy was growing, with tourism being one of the main contributing factors. I also noticed that most people living in Noosa were very successful, strong entrepreneurs.”

Esther believes that one of the most valuable lessons she learned from the course was to diversify her products and this was the first thing she focused on when making her business plan.

While COVID-19 prevented her from returning to Australia for the second block of the course, Esther says it forced her to think creatively and diversify her fashion line in just a few months rather than over a number of years as she had planned.

It has also helped her to focus on utilising technology to achieve her goals and she has learned to used new tools such as Canva to improve her online marketing.