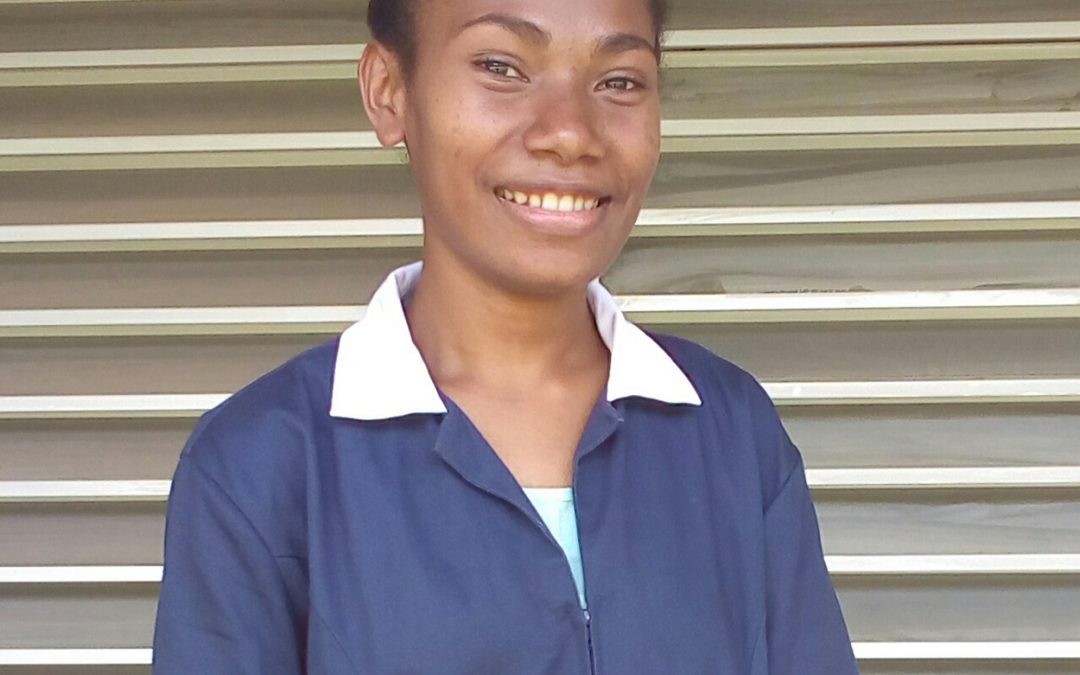 For many it is a personal experience that triggers their desire to pursue a specific career. This was the case with Loreensia Angis who said that seeing her brother fall ill frequently as she was growing up motivated her to pursue nursing studies.

Loreensia is one of three Steamships sponsored awardees under the Australia Awards In-PNG Scholarships. She is currently in her second year of Diploma in General Nursing studies at Lae School of Nursing. ‘I’m finding my second year of studies critical, enjoyable.’

By critical she means that ‘it contains a lot of things that should be carried out in nursing profession.’ Fellow awardee Matilda Kedek also commented that there is so much more to learn compared to their first year of studies.

Matilda says that she enjoys asking the parents about the condition of the child in order for her to make a diagnosis. Loreensia added that childhood management ‘was all to do with forty steps of care for a child… and to do with childhood illnesses that affect Papua New Guineans. It’s mainly focused on children which makes up a large population of the country.’

The awardees have started their first round of practical placements for this year and are looking forward to putting into practice what they have learnt in class.

As they progress through their studies, Loreensia and Matilda realise the importance of their work as nurses in the future.

Loreensia’s vision is to be a competent nurse in the future providing healthcare and advocating to the upcoming generation.

Matilda said, ‘I see myself in the future as a nurse who can give the best care to her patient.’ 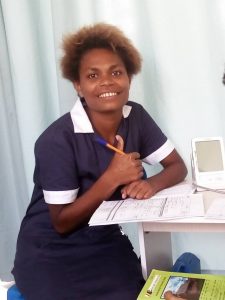 Matilda Kedek in class at Lae School of Nursing

The Government of Australia, through Australia Awards, has partnered with Steamships Trading to support the development of the health workforce in PNG.

This partnership allows school leavers and non-school leavers to embark on a career that contributes not only to their own well-being, but that of the country as well.