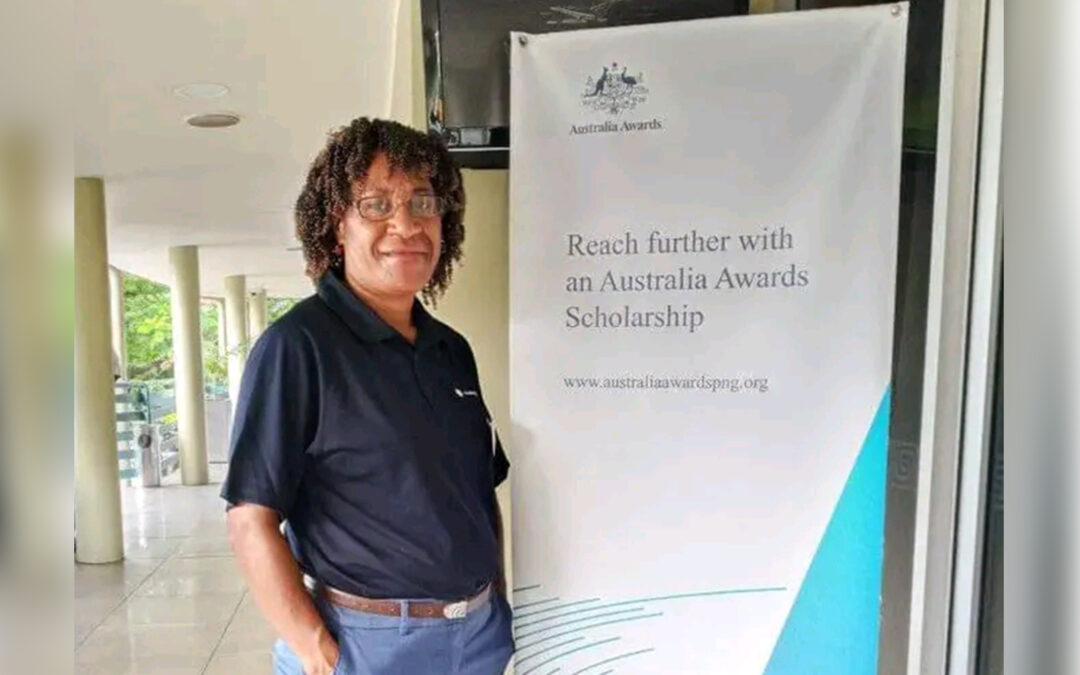 “There is nothing better than seeing a human being alleviated from emotional, psychological, spiritual, and relational pain,” says Jean Kupo, manager of the Family Support Centre (FSC) at Simbu Provincial Health Authority.

Jean has trained more than 30 staff and students on counselling in preparation to establish Family Support Centers in all six districts of Simbu province in 2023.

She was one of twenty-four Papua New Guineans who studied a Graduate Certificate in Counselling in 2020 through the Australia Awards PNG Short Course Awards. 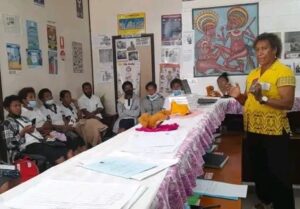 Like other social workers and counsellors in PNG, Jean’s daily experience of gender-based violence cases is overwhelming.

“We receive cases of sexual violence against children (girls) under the age of 16 every day. Violence affects the health of individuals and increases the risk of unwanted pregnancy, sexually transmitted disease (STI), and human immunodeficiency virus (HIV),” Jean says.

She describes gender-based violence (GBV) as a hidden global crisis that knows no boundaries of geography or culture. It includes sexual assault, sexual harassment, child abuse and forced genital mutilation. She continues by saying that physical violence and verbal threats lock women and girls in inferior roles and limit their rights to freedom.

“We have more than twenty cases under the age of 16 who are still living in toxic environments. The mothers or caregivers of girls who were sexually abused are not coming out to seek help because the perpetrators are being violent,” she says.

The 14-week course has enlightened Jean in the areas of therapy, case management planning (including safety plans), history assessment, counselling approaches and provision of structured mental-health approaches to theory building in counselling. She can now provide a structured counselling framework, guiding clients to enhance their self-understanding and resolve identified concerns and needs. “This course has broadened my knowledge in so many positive ways,” she says.

Jean has trained both the hospital staff and the students of Kundiawa Nursing College. “In alignment with the National Department of Health’s (NDoH) vision, we are preparing to establish FSCs in all six districts of the province to reduce referrals and the cost of traveling to the provincial FSC,” she says.

Jean’s expertise was recognized when she attended the Pacific Feminism Forum held in the province on 12 to 14 September 2022. More than 50 participants from government and non-governmental organizations attended the event, where she was one of the panelists, to respond to participants’ queries and questions. She was then invited by Jiwaka Voice for Change, an NGO in Jiwaka province, to conduct basic training on counselling in 2023.

Jean calls for more men to take up counselling as their profession. “Men will feel comfortable providing counselling to other men,” she says.