A lifetime of education service recognised with Queen’s honours 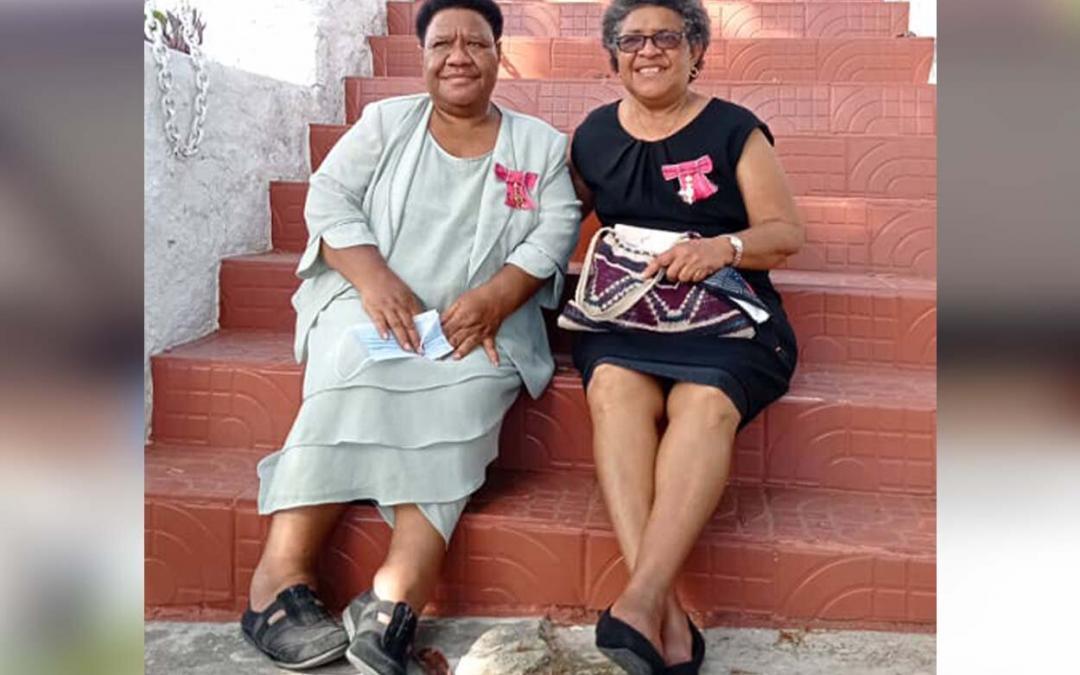 Papua New Guinea’s first woman university vice-chancellor Dr Cecilia Nembou (pictured above, right) was recognised as an Officer of the Most Excellent Order of the British Empire (OBE) last month for her services to higher education and as a role model for women.

Dr Cecelia, from Baluan Island Manus, retired as the president and vice-chancellor of Divine Word University last year, ending a 45-year career in academic and senior administrative roles in the higher education sector in Papua New Guinea and abroad.

“When I won my [Australia] Award many of my colleagues at UPNG did not believe that I would succeed and come home with a PhD,” says Dr Cecilia. “By Divine Providence I did, and I have proven my critics wrong.

Cecilia believes that it is important to know what you want for the future: “Dream big and set your goal to achieve such a dream and work very hard to achieve your dream with all your heart and mind.”